And,
​we are ALMOST back!

friday June 18
7 pm at the miners foundry
Indoors in the osborn/woods hall
Friday night is sold out
e-mail kat@minersfoundry.org to be placed on the wait list

Huey Maxmillian Bonfigliano has a problem. He’s still stuck on his ex-wife, even though she tore out his heart three years ago. He feels that he can’t be a man again until he gets her back. Enlisting the help of his best friend Aldo, Huey tries to woo her back just one final time in this fanciful, light-hearted and zestfully comic play.
​Running Time: Approximately 95 minutes (with one break) 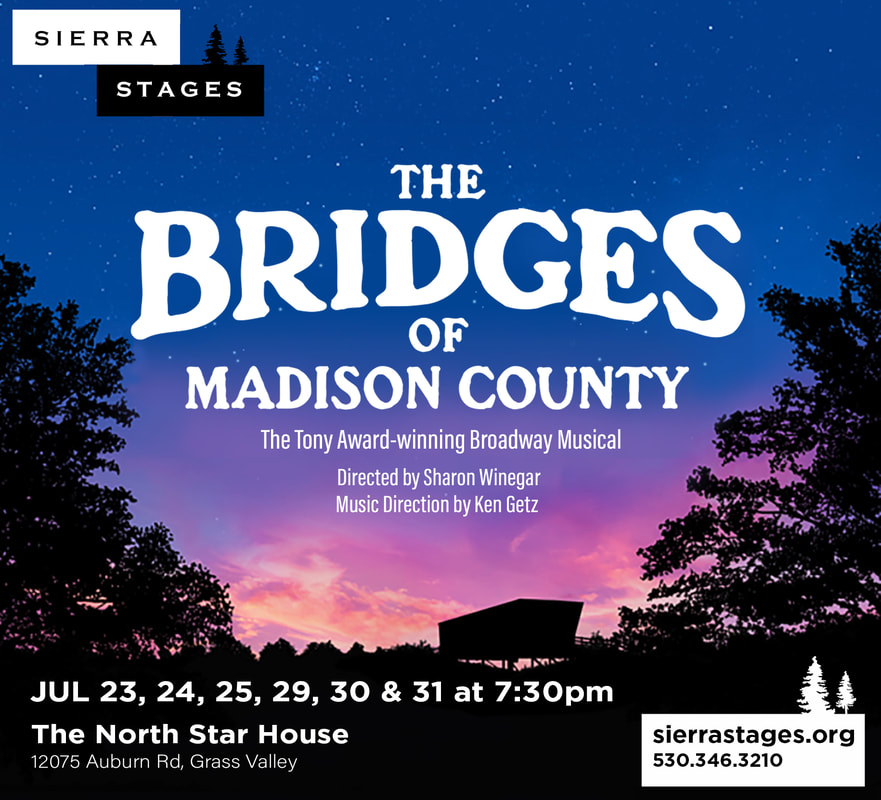 Based on the best-selling novel by Robert James Waller, The Bridges of Madison County centers on Iowa housewife Francesca Johnson and her life-changing, four-day whirlwind romance with traveling photographer Robert Kincaid. It’s an unforgettable story of two people caught between decision and desire, as a chance encounter becomes a second chance and so much more. The two-time Tony Award®-winning Broadway musical features a book by Pulitzer Prize Winner Marsha Norman (‘Night Mother, The Secret Garden, The Color Purple) and music by Tony Award®-winning composer Jason Robert Brown (Parade, The Last Five Years, Songs for a New World) that draws upon the rich textures of Americana and classic Broadway.
​
$25 General Admission
(SEATING IS ON THE LAWN - BRING YOUR OWN BLANKET AND/OR CHAIRS)
THE BRIDGES OF MADISON COUNTY TICKETS

ticket sales do not cover our production expenses
please consider making a donation to sierra stages
and become a "2021 outdoor summer show sponsor"
​thank you!